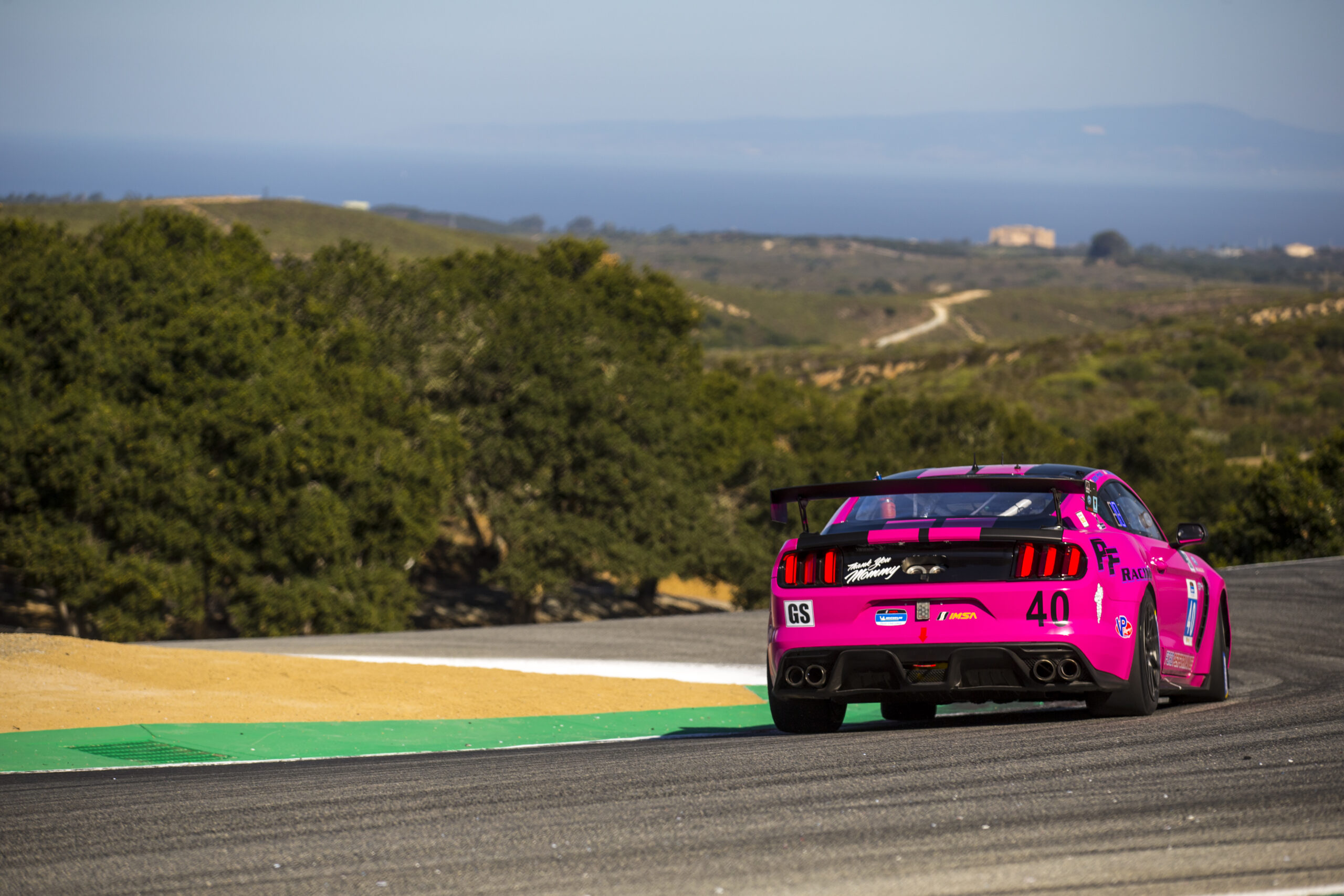 The Missouri outfit had a challenging weekend at Laguna Seca as the Ford Mustang GT4 was struggling during the two practice sessions on Friday. However, PF Racing’s crew was able to adjust the car perfectly for the qualifying and race taking place the next day.

Indeed, James Pesek was able to gain ground right from the start, making his way up the highly competitive field. The Harrisonville native took the green flag in 17th place but didn’t stay there long as he climbed up to the 12th position in less than ten laps. He remained there until the end of his stint which coincided with a full-course caution flag.

Jade Buford took over from Pesek, but the Nashville resident was involved in an accident, along with multiple cars. On the restart lap, he was the victim of another car’s questionable move which caused a chain reaction. The #40 Ford Mustang GT4 was sent flying through the air, almost flipping. Luckily, the car landed back on its wheels, and Jade was able to come down pit road.

The work was too extensive to do on pit lane, so the team brought the car back in the paddocks. PF Racing’s crew did a great work fixing the car before the end of the race. With 10 minutes remaining, Jade joined back the field and finished 20th, scoring valuable points.

With one event left on the calendar, the team’s main goal is to finish in the Top 10 in the standings, a feat still achievable as they are only one point away from the 10th place, and 4 points from the 9th position.

PF Racing will be back in action for the season’s finale at Road Atlanta from October 9 to October 12. 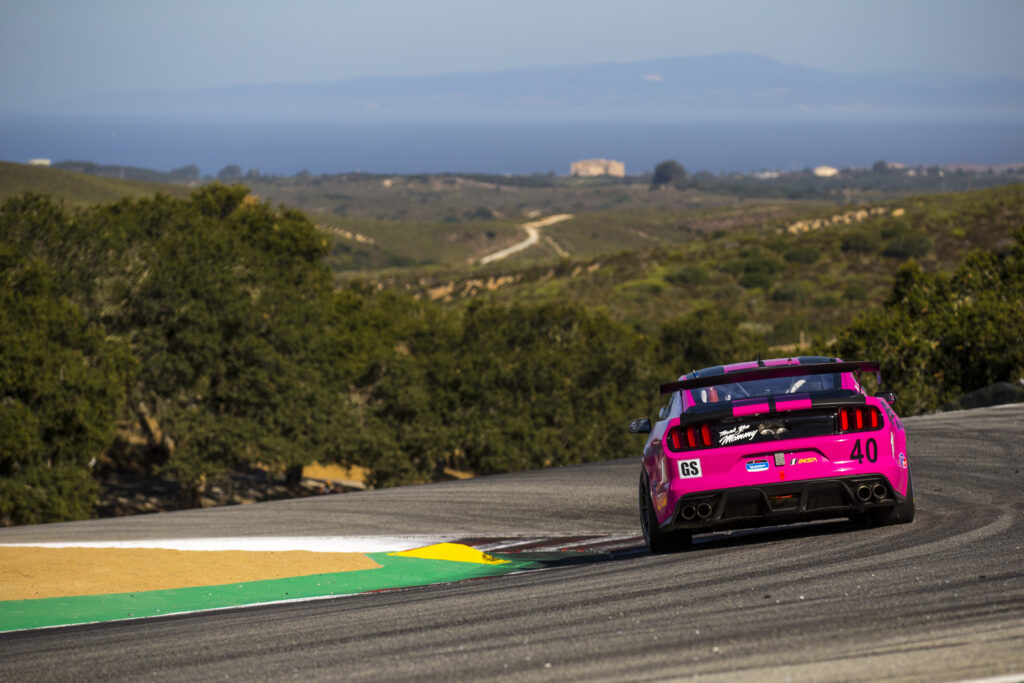 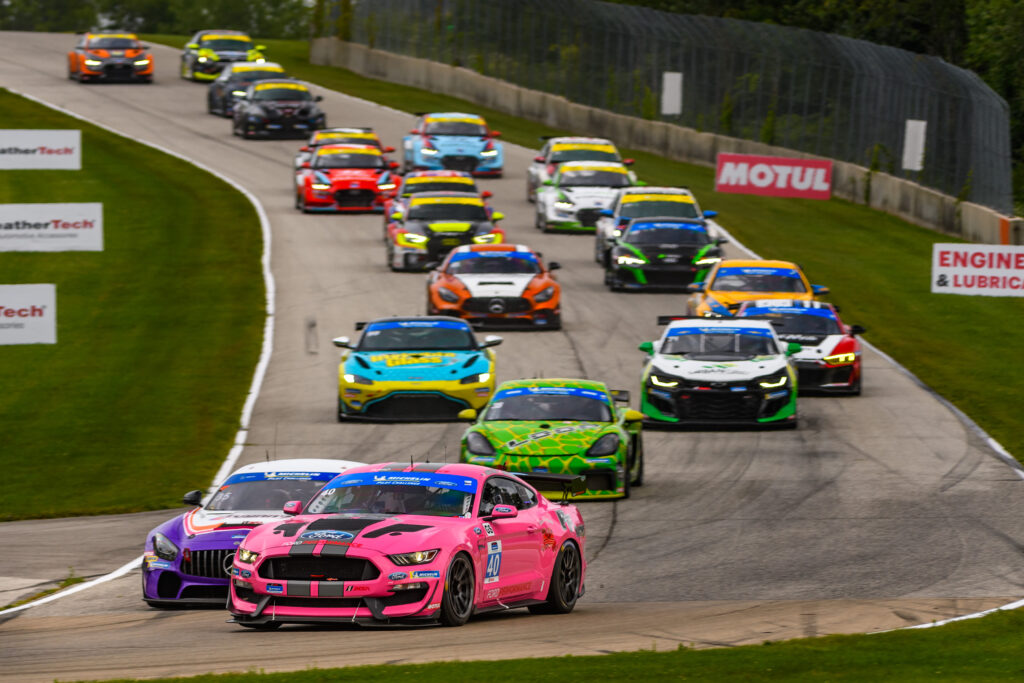 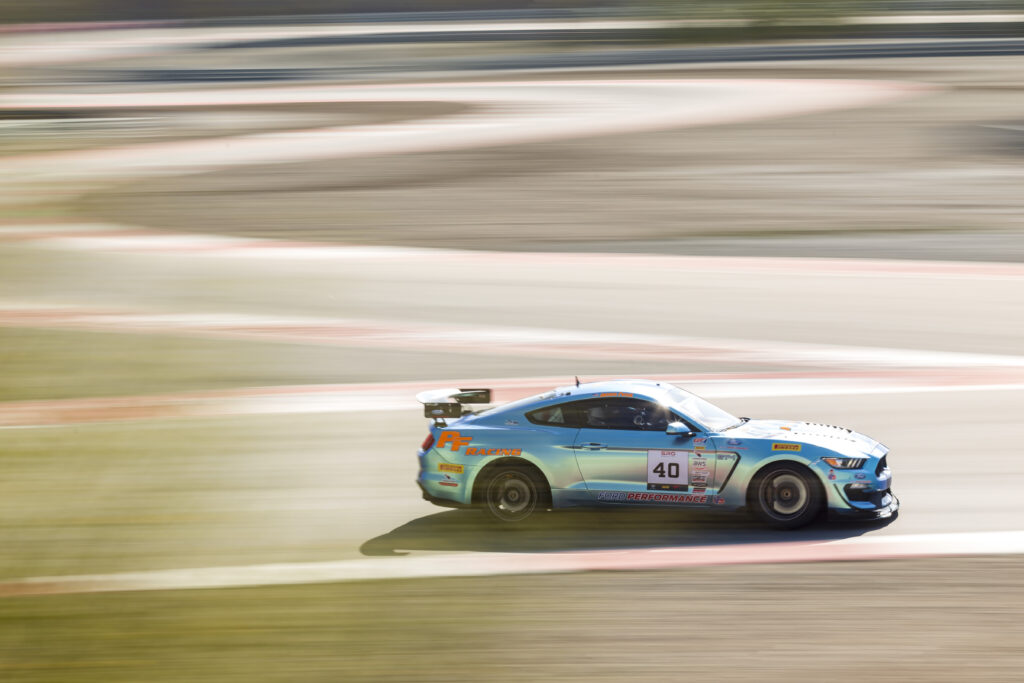