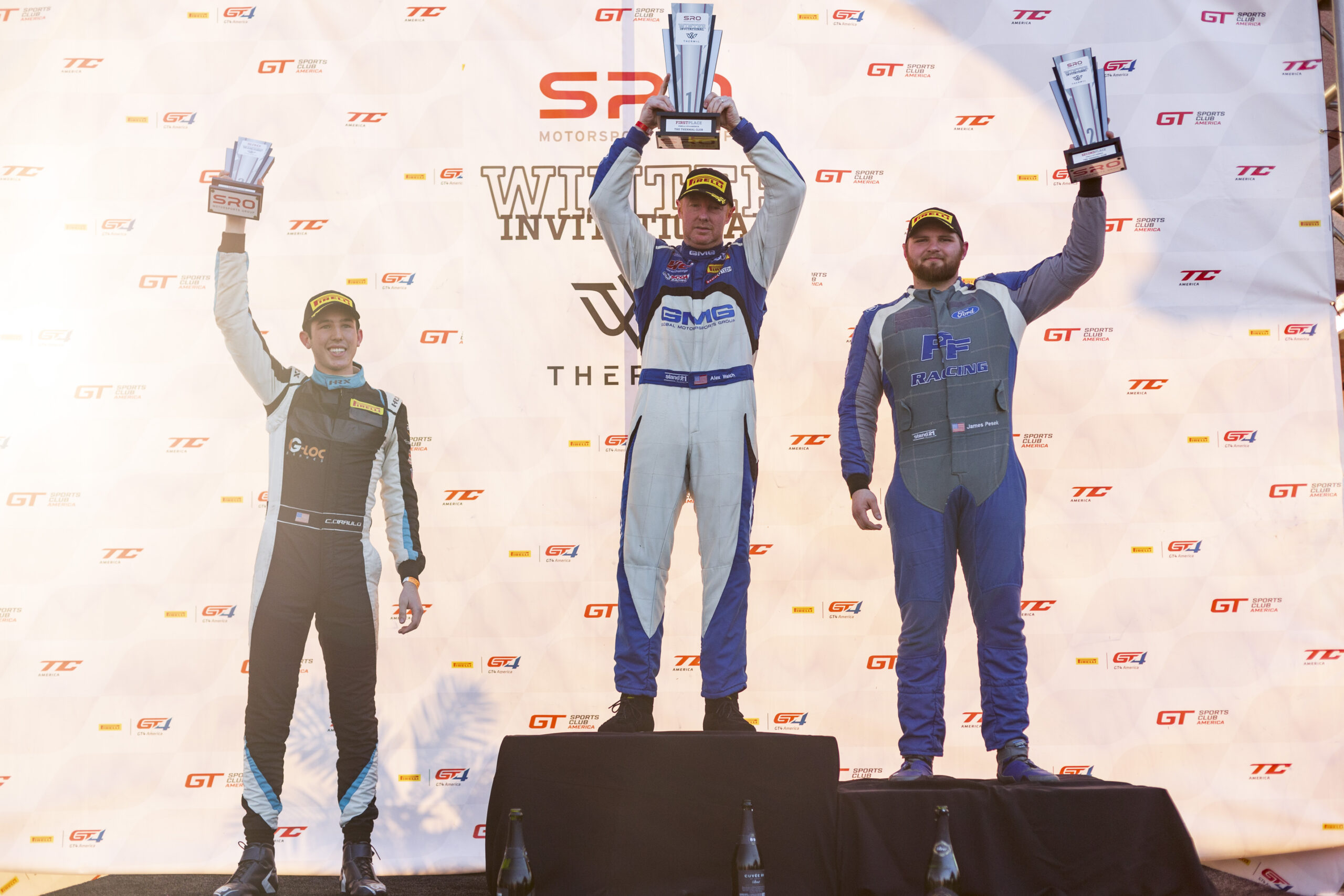 In preparation for the first official SRO event of 2020, in the streets of St-Petersburg in March, PF Racing participated in the last SRO Winter Invitational event at The Thermal Club, in California.

The Harrisonville outfit came close to clinching two wins on this 2.9-mile track in the middle of the Californian desert. The Thermal Club, a private country club near Palm Springs, welcomed almost 30 cars in the GT class.

PF Racing was with the #40 blue SRO Ford Mustang GT4, which last competed in Las Vegas, during the 2019 season finale. James Pesek, fresh off an 11th place finish during the 4-hour Endurance race at Daytona in the IMSA Michelin Pilot Challenge, was once again behind the wheel.

James Pesek started the race in second place in the GT4 America class. He managed a great start, chasing down the Audi R8 LMS GT4 of Alex Welch. When it looked like he could make a pass for pole position, a caution flag interrupted the race.

With the restart being 10 minutes before the end of the race, Pesek only had a few laps to try and clinch his first win of the season. However, the Harrisonville native didn’t manage to pass his main competitor as he was stuck behind benchmarkers during the first lap after the green flag. His tires degraded too much for a last-minute pass on Welch, and he had to settle for second, knowing he was the fastest car of the GT4 America field.

Quote: “Alex and I had a lot of fun on track; we had a respectful battle that lasted the whole race. Unfortunately, the race was tinted by a long caution flag, which prevented me from really attacking for the first place. I am still thrilled with my second-place finish, and I can’t thank the crew enough for the car they gave me.”

For the second race of the weekend, James started in the third position, after being taken out of the 2nd spot in the last lap of the qualifying session earlier in the day. During the first lap, an incident involving two other GT4 America cars created a caution. James Pesek took the green flag of the restart in pole position. With only 23 minutes remaining to the race, there was no time to waste to get away from his main competitors Alex Welch (Audri R8 LMS GT4) and Dominic Cicero (BMW GT4). However, Pesek got caught up in traffic in the first few laps, losing his advantage and yielding to Welch with 19 minutes remaining.

Pesek and Cicero engaged in an action-packed battle that lasted a few laps. Exchanging positions, Pesek finally won this on-track battle with 13 minutes remaining. But from there, the driver of the #40 car had lost valuable time to Welch, who had taken advantage of the fight for the second spot to create a gap. As the race went on, Pesek kept gaining ground on Welch, but a late caution flag with 7 minutes remaining ended the race prematurely, with Welch claiming the second win of the weekend, and James finishing second, ahead of Cicero.

However, with the turn one incident under review at the end of the race, Pesek received a 45-second drive-through penalty for avoidable contact with the Aston Martin of Paul Terry, which set him back several positions.

Quote: “Again, I had a lot of fun with Alex and Dominic. This race didn’t start the way we wanted; unfortunately, I bumped the Aston Martin of Paul Terry at the start of the race, which was enough to send him spinning. This weekend helped me a lot experience-wise, the track time was very valuable in my learning curve. I’m looking forward to the streets of St-Pete in a few weeks!”

This event concludes the Winter Invitational Series at The Thermal Club, PF Racing will be back with the #40 SRO Ford Mustang GT4 in the streets of St-Petersburg from March 13 to 15 for two Sprint races. 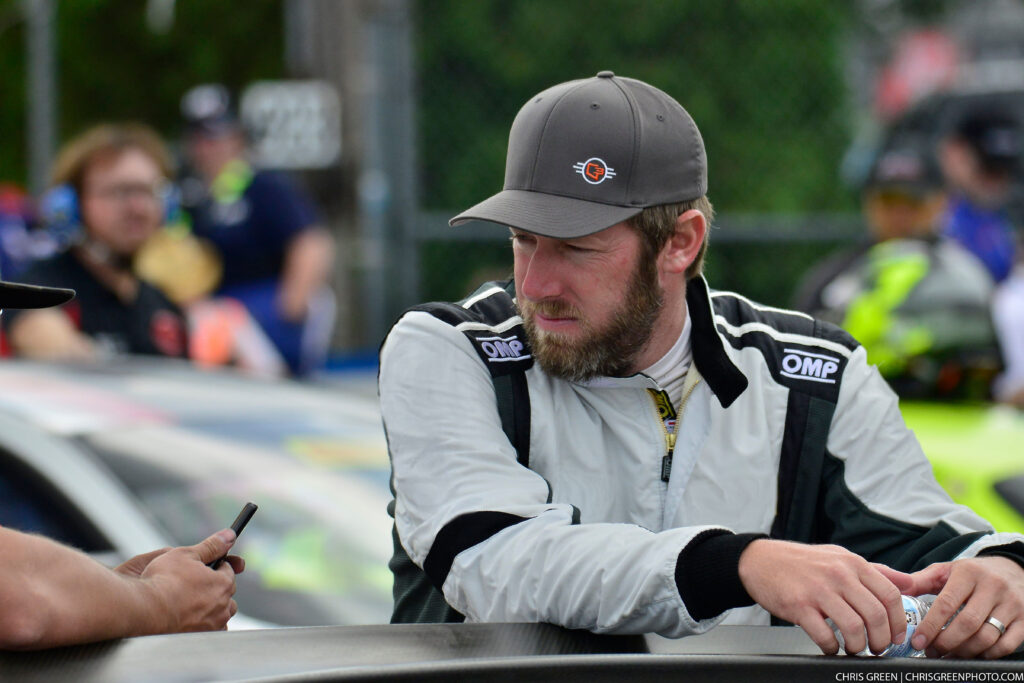 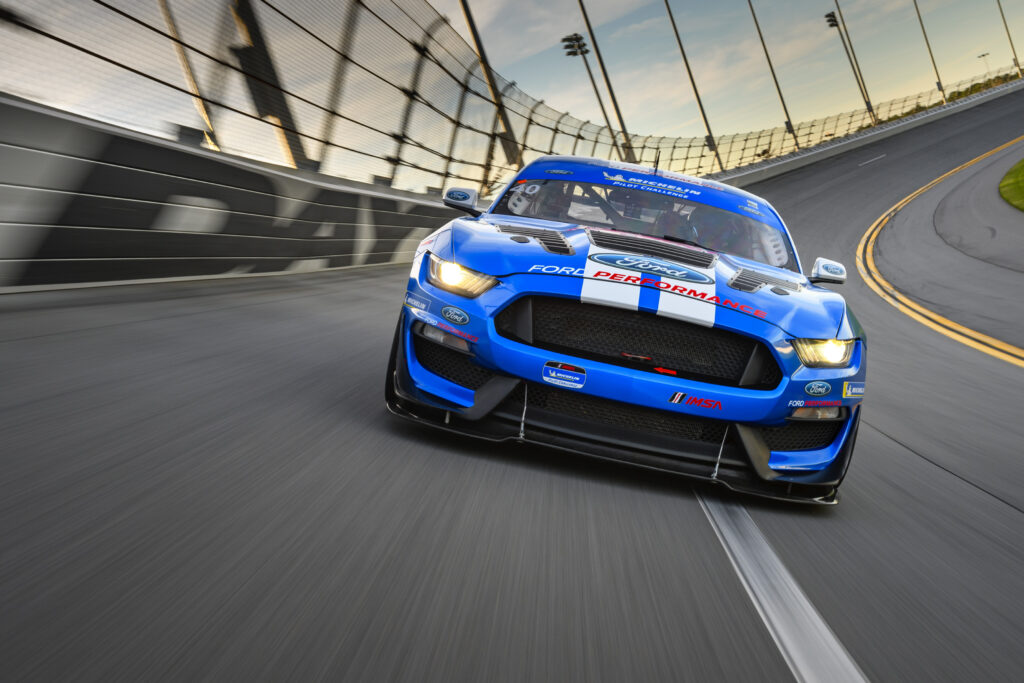 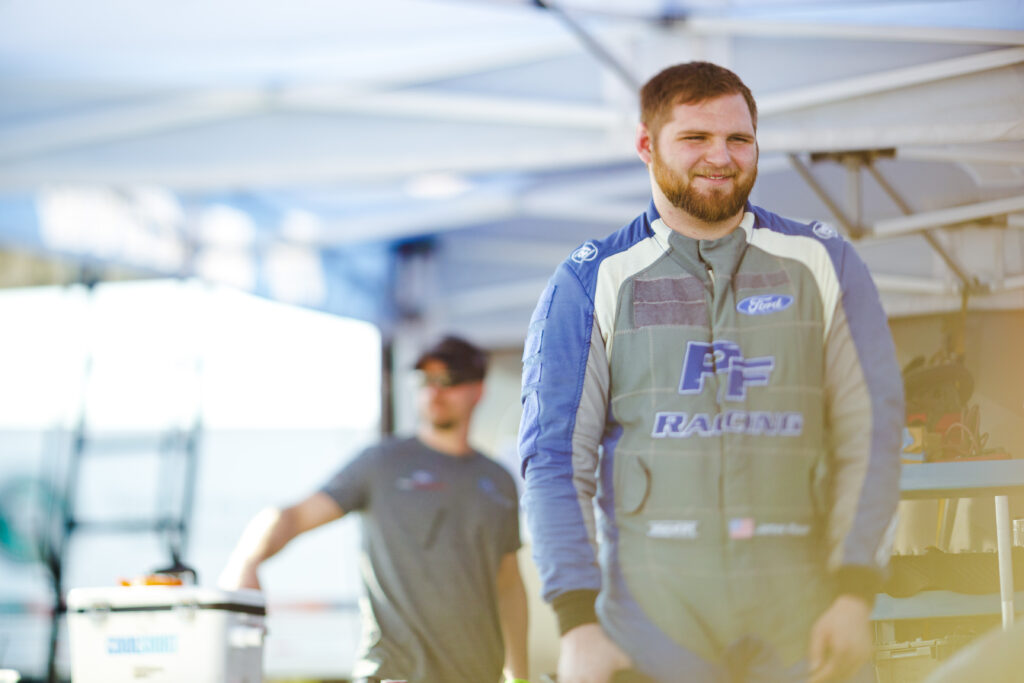