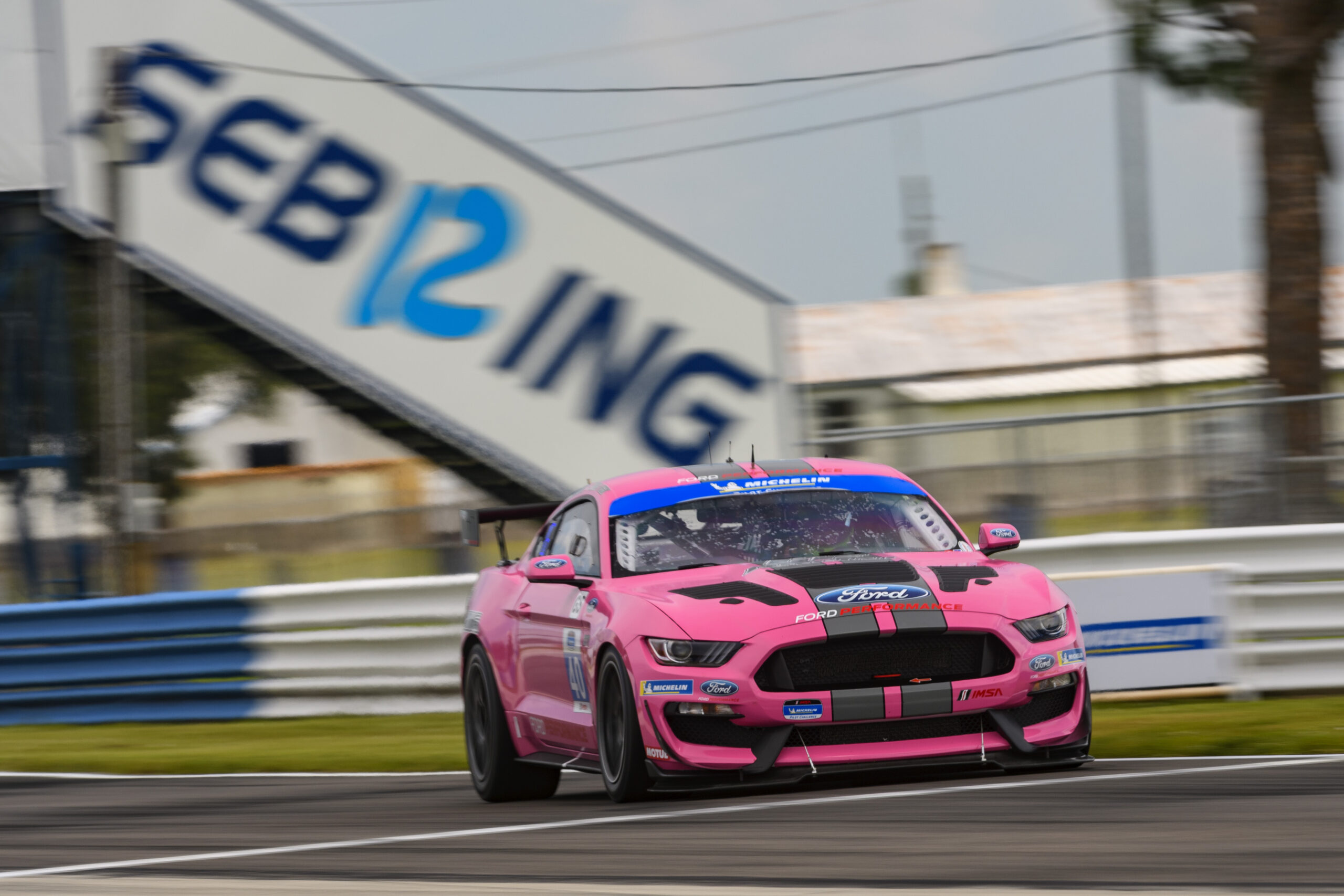 PF Racing returned to the IMSA Michelin Pilot Challenge on July 17 for the second event of the season. After a 6-month long hiatus, the Harrisonville outfit came close to a Top 10 finish during the Advent Health 120, a 2-hour race dominated by tricky weather conditions.

Sporting a fresh livery, PF Racing was back to its iconic pink, a fan-favorite from last year. Moreso, James Pesek is now paired with series 2017 champion Chad McCumbee, with whom he had previously shared the wheel of the Ford Mustang GT4 during the 8 hours of Laguna Seca in the GT Intercontinental Challenge.

It was a quick two-day event for the team, with two practice sessions on Thursday, and qualifying and the race on Friday. Chad McCumbee qualified the #40 PF Racing Ford Mustang in 6th place thanks to his flying lap of 2:12.387.

Right from the start of the 2-hour race, McCumbee set his sight on the front runners. He took advantage of a collision between two competitors to grab the 4th spot, which he held for the remainder of his stint, putting pressure on the leaders.

It was a Ford Mustang showdown as PF Racing alumni, and veteran driver Scott Maxwell in the #22 Multimatic Ford Mustang was right at the heel of Chad McCumbee.

Unfortunately, Mother Nature took over the faith of the race, and severe thunderstorms in the region halted all on-track activities as the red flag was deployed shortly before the halfway point. The race only lasted 30 laps, with the last few laps being under caution because of oncoming bad weather.

Chad McCumbee gave the Ford Mustang back to James Pesek with 37 minutes to go. Pesek went back on track in 8th position after a lengthy pit stop. He only had time to settle in the car when the final caution flag came out with 16 minutes to go, which prevented the team from a last push to finish in the Top 10.

“The weather certainly made for an interesting race,” explains Chad McCumbee. “ The PF Racing Mustang was strong all race long, even though we are battling with a difficult Balance of Performance (BoP) right now. After being out of the series for a year, it was great to jump in and get to battle in the lead pack. Our strategy and car were adaptable with the changing conditions and race length.”

“James did a great job stepping up to bring us home in 11th, running his best laps of the weekend in tough race conditions. I can’t wait until the next time I get to join the team again, such an awesome group!”

“I’m really happy with the team’s work this weekend,” said Pesek, co-driver of the #40 Ford Mustang. “I am disappointed that I couldn’t keep the car in the Top 10, but I am looking forward to Road America, it is such an iconic track with an old school feel to it. It was great to be back with Chad, he and I have the same driving style. It was not an easy weekend as we didn’t have a lot of track time, and everything was rushed, and we had a constant threat with the incoming rain.”

PF Racing’s next event will be at Road America, Wisconsin, from July 31 to August 2. 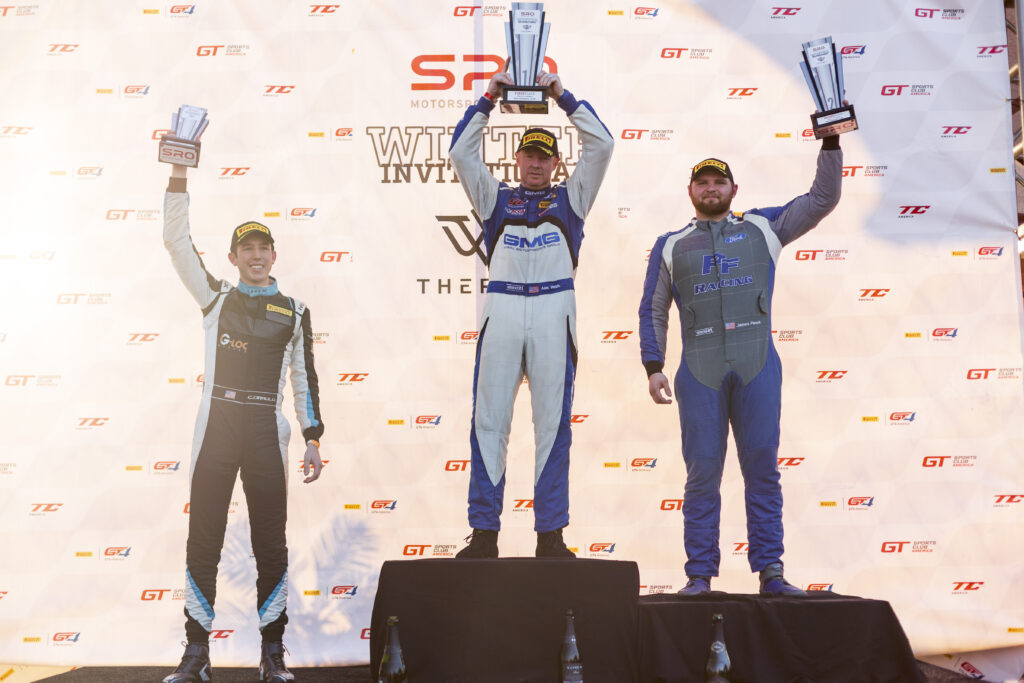 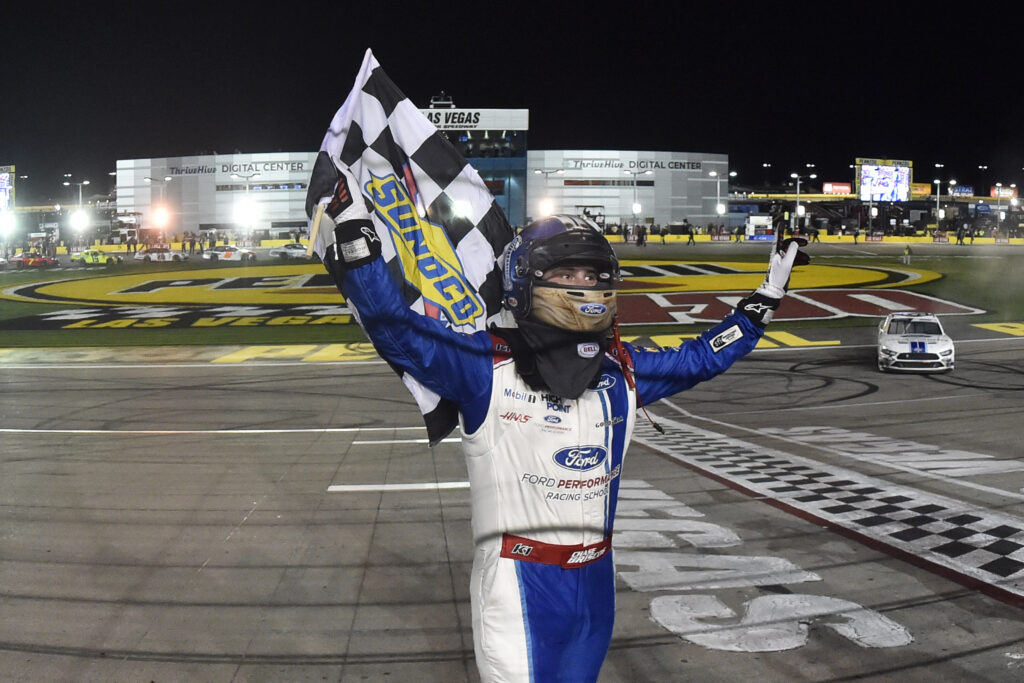 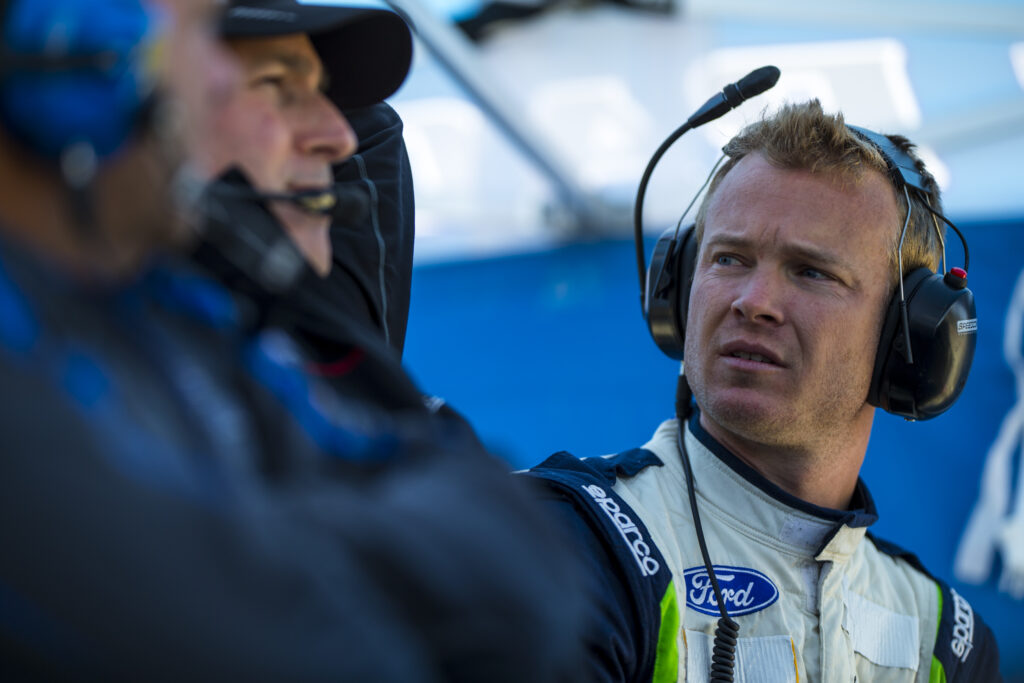